I Think I Have A Crush…On A Cleanse

I like to eat. A lot. I grew up (over)eating a lot, and I have to admit…I think I eat more than my boyfriend. So as much as I can see some great reasons to cleanse, the idea doesn’t generally appeal to me all that much. The word itself makes me think of tons of liquids and no food and then binging afterward.

About 10 years ago I did the Master Cleanse. It was tragic. Don’t get me wrong, I completed the whole 10 days without cheating(because I am also a bit hard-headed). There were a few low days, but I thoroughly enjoyed the extra time and space in my schedule that was not filled with thinking about food, preparing it and eating it. I was peaceful and seriously felt like I was floating the last few days without a care in the world, which was great for me- but probably not for the employees of my boutique at that time because I had absolutely no focus or drive. The aftermath was what did me in though….I was eating ice cream, cheeseburgers, tons of french fries in a frenzy…things I didn’t even really crave before. I felt like I had a lot of making up to do after all of that deprivation…for about a full year after! So, yes…sometimes I have been known to go to extremes as well.

That eventually ran its course and just a few years ago I tried a 3 Day all juice cleanse and quit near the end of the second day because, to be honest, my stomach was killing and the juice blends were just not that tasty. It wasn’t fun and I was ravenous and moody.

This brings me to my current self…hopefully a little more balanced and making better choices. This is also where Beaming comes in. I have been driving to Del Mar from Cardiff for about a year when I feel like treating myself with something special. This might sound cheesy, but if you have been there you will know what I am talking about. The moment you walk in the door you know this place is going to be good. There are plenty of places closer to me that I could get a juice, but it just isn’t the same. The Founder, Lisa Odenweller has a great philosophy on health and life, (which thankfully includes a little wine and pizza, which are my favorite). Although I have never met her, I feel like she and I are cut from the same cloth. I believe in adding in the good stuff to crowd out the not-so-good, instead of making a huge list of what you can’t eat. I truly believe eating should be colorful and fun. My favorite quote of hers: “Only when what you eat and drink satisfies completely can you turn health into a lifestyle.”

And if you are a foodie, you will appreciate the Culinary Team behind the magic of Beaming, which includes Susan Sbicca and Jesus Gonzales. There was a special on Instagram for the 4 Day Post-Thanksgiving Cleanse they were having and it got me intrigued, although hesitant. I went to the website and read:

You may be surprised to hear from us that we don’t actually believe in “cleansing” as it is currently defined by the popular juice, powdered drinks or water/maple syrup/lemon fasts/cleanses. Believe it or not, your body is an amazingly brilliant machine that “cleanses” naturally.

Now they were talking directly to me. I was in. I finished the 4 Day Cleanse three days ago and I still wish I was on it. I feel amazing. The whole program is well thought-out, balanced; there is plenty of food….and the best part of it all is that everything is absolutely delicious.  There are 2 green juices, a smoothie, a raw soup, an elixir and a huge salad each day. Like I said before, I eat a lot… and I was never hungry. I had enough energy to do some great hikes, take barre class, and work. The second day was rough, as I later found out that is the big detox day. But from then on things were great. The morning I finished the cleanse I woke up and could eat or drink whatever I wanted…but I found myself going straight to the kitchen and making a warm lemon water, then walking to get a green juice(it was not Beaming, but it would suffice). I am 3 days out and still craving fresh, clean, mostly plant-based and raw food. The cleanse replaced any low energy, fogginess and cravings with clarity, energy, and lightness. If I had all the money in the world, right now I would eat at Beaming every day for every meal.  Realistically I know that my life will eventually include pizza at some point and a glass of wine or two(because it’s all about balance, remember?), but for now I am using all the recipes I received after the cleanse and doing my best “Beaming” imitation…which as you know, is the biggest form of flattery. 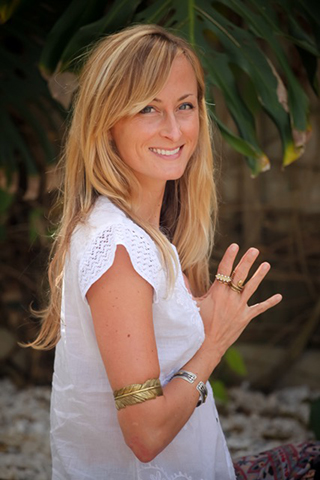